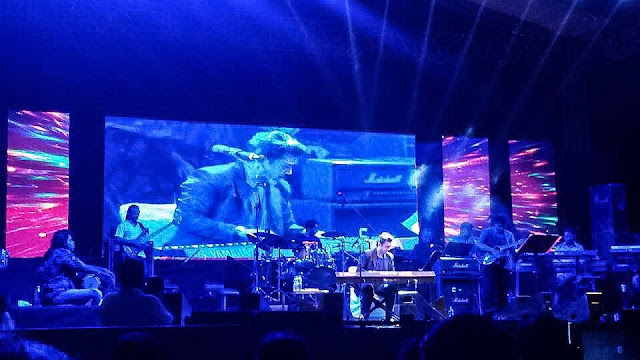 Adnan Sami mesmerized fans with his mellifluous voice that had the audience swooning. Adnan warmed up the crowd with, “Noida, hum bhi toh hain tumhare,” the crowd just loved him. Adnan was awesome as he belted out the romantic hits ‘Mehbooba’, ‘Noor-e-Khuda’, ‘Bheegi bheegi raaton mein’ and ‘Sun zara” and the fans began to warble along perfectly.

Adnan’s jugalbandi with other musicians, percussionists and a power-packed solo performance on keyboard got loud cheering and whistles from the crowd. The signature track ‘Lift karade’, coincidentally our favorite too, had everyone foot tapping.

Adnan’s connect with the audience was immense and the energetic jugalbandis had the crowds screaming for more. His quipping had people in splits when he commented on his weight loss that he was a ‘group photograph’ earlier and now has become a ‘selfie’. He left everyone emotional when he said the best thing that happened to him was becoming an Indian.

Singer paid tribute to Amjad Sabri and his family and shared his thoughts on his tragic death. He said musicians irrespective of their religion, spread peace. And if they are being silenced by violence, it’s a wake up call.

Amjad Sabri, son of Ghulam Sabri of the Sabri Brothers, was a Pakistani singer and a proponent of the Sufi Muslim tradition. As a tribute to his family Adnan Sami lent voice to “Bajrangi Bhaijaan” song “Bhar do jholi”, a rendition of the famous qawwali of late Ghulam Farid Sabri.

The musical event with Adnan Sami live in concert was held at Gardens Galleria Mall, Noida on July 02 at 7pm. The stage was beautifully set for the lovely musical evening to unfold.

This was Adnan’s first live performance in Noida and second in Delhi-NCR after a hiatus of four years. Adnan Sami is an accomplished singer, composer and a gifted musician with a world record of being fastest on keyboard. Adnan rocked with his live performance this weekend. He had the audience swaying to his soulful melodies.

Noida Diary had informed about this event earlier. Adnan Sami was gracious enough to re-tweet us. The star singer later in a tweet showing gratitude to his fans announced free entry for all in standing area. That was really cool!

Early on the Sunday morning, post the scintillating performance, the star singer updated his Facebook status and tweeted his thoughts on the show and Noida people. Noida, You rocked!!! tweeted Adnan Sami – the singer who has touched our hearts and soul with his music.

THANK YOU ‘NOIDA’ for a “MAGICAL NIGHT” with Infinite Love!!! YOU ROCKED!!!??????#Noida#Delhipic.twitter.com/0uiIdJMDMc 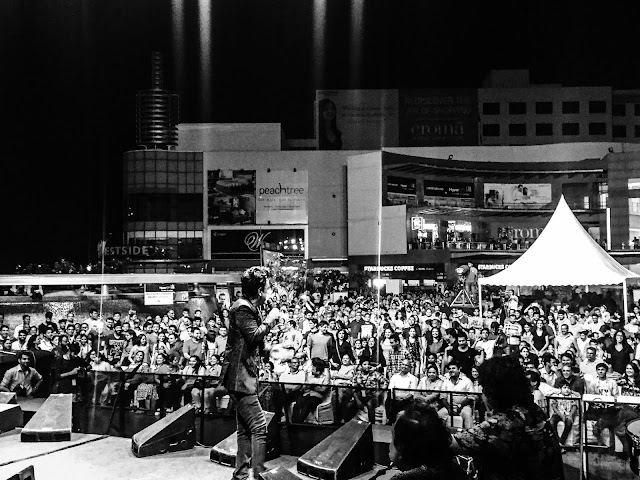 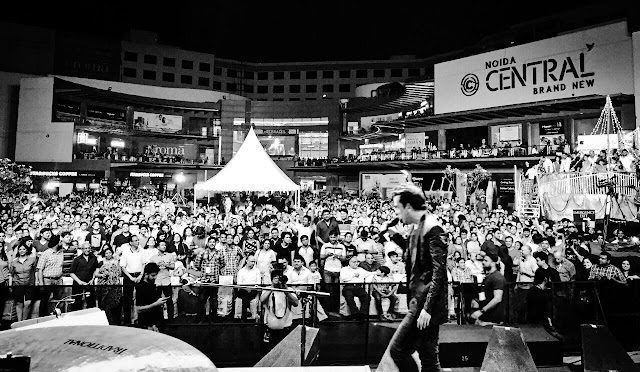 Images are sourced from Facebook Page of the singer.