1,196 Views 6 by Bushra Muzaffar
Gautam Buddh Nagar is set for polls to the Panchayat bodies by the end of May. Nearly 3.50 lakh people will vote in these Panchayat elections that got delayed as delimitation of wards was underway. The expansion of industrial area and subsequent assimilation of rural areas in its fold had called for a need for delimiting. The delimitation process was completed by March 9 this year. 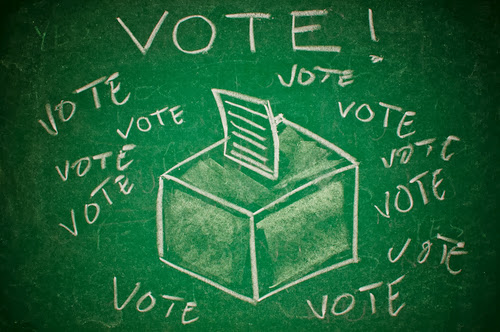 State Election Commission has issued poll notifications and schedule for elections to Panchayat bodies. Polling would be held on May 29 while counting of votes will take place on May 31. Other important dates related to elections are May 17-18 for filing nomination papers, May 19 for scrutiny of papers and May 22 for allotment of symbols. 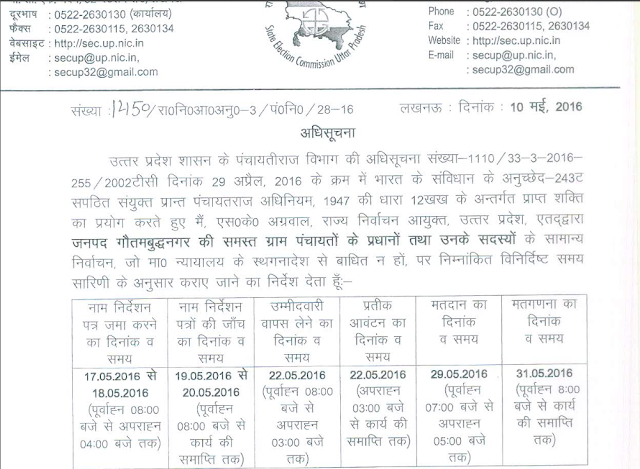 People will cast their vote at 594 booths for 153 Village Panchayats with 1,957 wards and 212 block development committee members and 9 district Panchayats. Out of 9 district panchayat seats, 2 would be reserved for scheduled castes, 2 for backward class, 1 for women and 4 will remain general category seats. The 153 villages that will go for panchayat polls belong to Dadri, Dankaur and Jewar areas. The figure for Panchayats in the district before delimitation (2010 data) can be seen in the screen-grab from State Election Commission’s website.

There will be no polling in 203 urban villages notified by Noida and Greater Noida authorities. This is in line with the Article 43q of the Constitution of India which states Gram Panchayat can not be formed where Industrial Authority is in force. Instead in these urban villages under Noida and Greater Noida authorities Rural Development and Welfare Associations’ elections would be contested. Rural Development and Welfare Association will give these villages a fair chance of public representation through their elected members and the Chairman.