296 Views 9 by Bushra Muzaffar
As India celebrates 69th year of Independence from the British empire on August 15, Noida too gets ready to celebrate it with great fervor. This day invokes strong feelings of patriotism in every citizen of India. 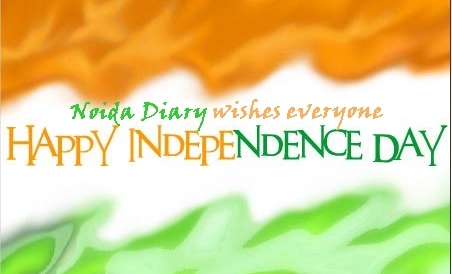 ‘Deep Jalao’ and ‘Ek Shaam Shahidon ke Naam’ program will be held at various locations in Noida on the eve of Independence Day on August 14 to pay tribute to the martyrs. People will congregate at community centers of their sectors and public places to light diyas (lamps). This is a fitting tribute to the freedom fighters and the brave soldiers who laid down their lives protecting the frontiers of our country ensuring our freedom. This noble initiative is a brainchild of Mr N P Singh, District Magistrate, GautamBuddh Nagar. It aims at sensitizing our youth towards the supreme sacrifice of these brave men and honor their contribution.

Mr N P Singh will light the lamp at the statue of Raja Umrao Singh who hailed from Dadri and fought a fierce battle with British in the revolution of 1857. Similar programs will be held at Jagat Farms’ G M Mall and Community Center, Sector Beta 1, Greater Noida at 7pm on August 14. Industry Associations, RWAs, NGOs, various schools and colleges, Gram Pradhans have come forward to organize ‘Ek Deep Shahidon ke Naam’ program to honor the soldiers who fought till the last drop of their blood. The administration has appealed to one and all to make this program a success.

Indian National Flag is hoisted at the District Headquarters situated at Greater Noida by District Magistrate (Mr N P Singh), Gautam Buddh Nagar. On the eve of Independence Day a cultural function is traditionally organized at Indira Kala Kendra, Sector 6, Noida. Indian flag hoisting ceremony is held at the Noida Authority office and Greater Noida Authority where CEO Rama Raman and ACEO P C Gupta will do the honors respectively. National flag is hoisted at various other government office buildings including Police Lines quarter Guard, Office of City Superintendent of Police, Police Control Room and Government Hospital. Independence Day is celebrated with great fervor at schools and colleges, Industries’ Associations, NGO offices and Banks. It is usually followed by cultural performances by children and various competitions are held for all.  RWAs (Resident Welfare Association) too along with Noida residents get together to organize flag hoisting ceremony at the community centers and parks in various sectors. Sweets are also distributed. Cultural performances and patriotic song recitals are common features of the celebrations. Read more about it in our report on 67th Independence Day celebrations here.

The Sixth Annual Kabaddi Tournament will be organized at Bhartiya Adarsh Inter College at Tilpata Village. This tournament is organized every year on Independence Day. More than fifty teams from the prime villages of the district will participate. The tournament will be held on August 15, 2015 to mark the Independence Day celebrations. The winners will get 51 thousand and runners up will get 31 thousand as prize money. District Magistrate N P Singh would be the Chief Guest for the Tournament. This is a very popular Independence Day event in the district and witnesses huge participation by the nearby villagers.

On Independence Day nation drowns in tri-color with buntings, flags and kites dotting the skies. In fact, kite flying is the most popular way of celebrating Independence Day in the country. Noida is no different, weather permitting the Noida skyline gets invaded with kites of all sizes and shapes. The flying kite very aptly presents the spirit of free India. Another most common observation is the waving of National flags by kids and adults alike. Small national flags adorning the car dashboards and workstations is a very common sight showing off your patriotism. Not only this, the savvy marketeers too paint their product boxes in tricolor and launch freedom sales with heavy discounts. So save your energy for shopping spree with guaranteed bargains from several retailers. Restaurants too come out with Independence Day special menu like tri-color idlis served by one South Indian restaurant chain. Indulge your self in such culinary delights too.

Watch President Pranab Mukherjee’s address to the nation on the eve of 69th Independence Day on August 14, 2015 at 7pm and the flag hoisting by Prime Minister Narendra Modi and the ceremony celebrating 69th Independence Day of India on August 15, 2015 live on the Webcast Services of National Informatics Centre, NIC, Department of Information Technology, Govt. of India. Alternately you can watch these programs on your good old telly as well.

Disclaimer: The details provided in this blog are for information purposes only. Efforts have been made to check the veracity of these details. However, neither Noida Diary nor Bushra Muzaffar take any responsibility for any error or omission. Check with the concerned person before planning a visit to these venues.

!Images are not our property unless mentioned and are duly credited wherever possible, however if the use of these infringes upon any copyright do inform us and we will promptly remove them.
!Permission is explicitly denied for any republication of text or images in this post without prior express written consent of the author, Bushra Muzaffar